Brazilian Jiu Jitsu is an amazing martial art for kids. The students will develop a number of valuable skillsets, both physical, technical and mental, which will benefit them in many different aspects of their lives.

The most obvious benefit of Brazilian Jiu Jitsu for kids is that they will learn how to defend themselves against bigger and stronger attackers. Most traditional martial arts such as Karate, Taekwondo and Kung-fu, are based on striking techniques. Brazilian Jiu Jitsu is extremely effective for anti-bullying, as it gives the students the ability to control opponents much larger than themselves, without having to escalate the situation by throwing punches and kicks. They’ll learn how to keep control the distance, how to break free if someone grabs them, how to get up if they are pushed to the ground, how to take down and control their opponent, and how to apply submission holds if needed, which gives them the ability to pacify the attacker without causing unnecessary injury to them.

Most bullies prey on victims that they perceive as easy targets. Because your child will learn how to defend themselves, they will have the confidence to set limits, which will make them less likely to be targeted by a potential bully. Besides learning how to defend themselves and others against bullies, they’ll be more conscious about bullying and why you shouldn’t bully others, which will also make them much less likely to do it to others. They’ll bring the confidence that they develop in training with them into other aspects of their lives, which will be a huge benefit for them. 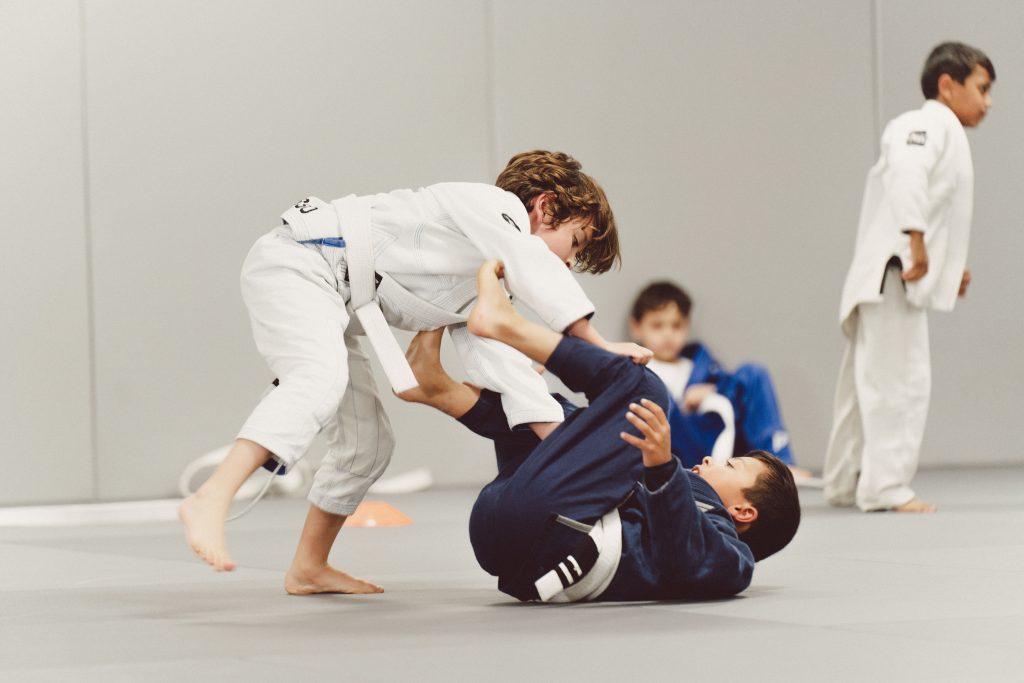 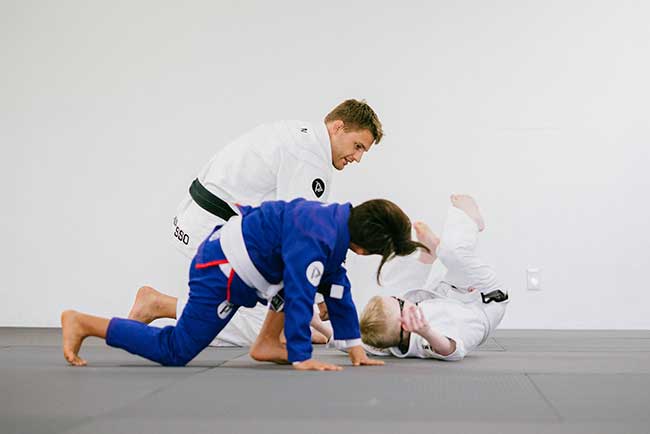 In today’s digitalized society, most kids end up spending a lot of time in front of a screen, whether it is a phone, computer, tablet or a tv. This makes it even more important to make sure that they get the amount of physical activity that they need, not only for their physical health and well-being, but just as much for their ability to focus, pay attention and learn new things. In our Kids Programs we incorporate a lot of warm-up exercises and games that are designed to develop the kids’ general motor skills, coordination, balance and posture, while keeping the class fun and exciting for them. They’ll burn a lot of energy and get to do the physical activity that is so important for their development, while having a good time and making new friends.

In Brazilian Jiu Jitsu, the kids will learn how to pay attention and listen to what the teacher’s is saying, our classes will have a relaxed and fun environment, but the students are expected to follow the teacher’s instructions, and will develop both discipline and increased ability to concentrate.