Progresso Jiu Jitsu is a Brazilian Jiu Jitsu and Kickboxing academy, located in Plano, TX. We offer world-class instruction for both adults and kids from 4 years and up. We also offer Kickboxing and Conditioning classes.

Our Jiu Jitsu Head Instructor, Alexander Hilligsoe Trans, has competed at the highest level of the sport, and has been involved in the art for over 20 years, working with students of all ages and skill-levels, from high-level competitors, to complete beginners.

Our goal is to help you discover all of the great benefits of Jiu Jitsu, that go far beyond getting in shape and learning how to defend yourself. We're committed to providing our students with the best learning environment possible, making sure that everyone feels secure and confident, so that they can step out of their comfort zone and challenge themselves during training. Contact us to schedule a free trial class! 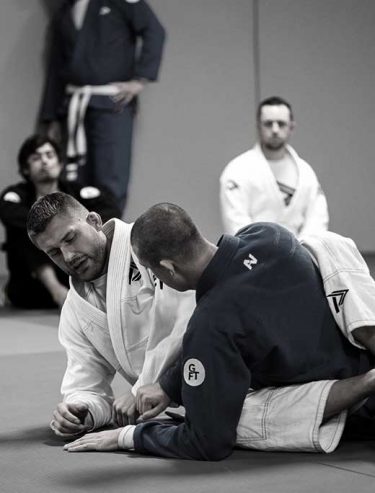 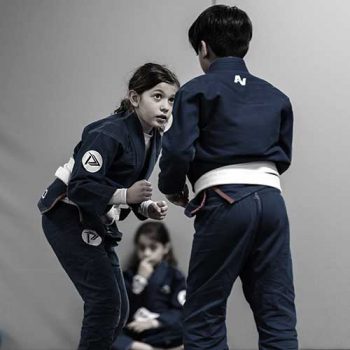 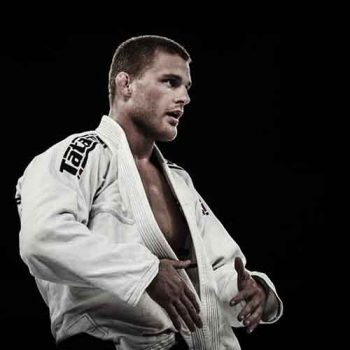 Our academy is over 6,500 sf with a 2,000 sf Jiu Jitsu mat, a 1,200 sf Kickboxing mat, and men's and women's locker rooms with shower facilities. Our facility is cleaned throughout the day to maintain optimal cleanliness

We have students of all ages from 4 years old up, people that train once a week as well as high-level practitioners and athletes competing in the world's biggest events. We take Jiu Jitsu seriously, but pride ourselves on having a relaxed and friendly atmosphere

Contact us to learn more about our current membership promotion and schedule a Free Trial class.

Find out more about our Free Trial class.

Learn more from our FAQ...
What can I expect from my first class?

For your first class you can wear either wear regular work-out clothes, or you can borrow one of our uniforms, or gis as we call them. For Kickboxing you’ll eventually need a pair of gloves and hand wraps, but you can do the Free Trial class without any equipment. We recommend people doing their Free Trial class to come in a few minutes early – that way we have time to show you around our facilities, and to find the right size uniform for you if you are trying out Jiu Jitsu.

We recommend bringing a pair of flip-flops or sandals that you can wear after changing into your work-out clothes. Because we try to keep our training area as clean as possible, we encourage students to not step barefooted outside of the mat area, so that we don’t bring any dirt unto the mats.

If you don’t have any prior training experience – don’t worry! – most of our students are beginners, and the instructor will make sure that you will have a great experience and that you feel safe and comfortable during the class.


What equipment do I need for training?

For Brazilian Jiu Jitsu classes, you will need a gi – the traditional Jiu Jitsu uniform – and either a rash-guard or a t-shirt to use underneath it. For your Free Trial class, you can use one of our gis, so all you have to bring is a t-shirt that you can wear underneath. For the No-Gi classes, you can wear either a rash-guard or a t-shirt, and a pair of shorts with no pockets, zippers or buttons on it (to avoid scratches or getting fingers or toes caught in the pockets).

For our Kickboxing and Combat Fit classes, you can just wear regular gym clothes. For the Kickboxing classes you’ll need gloves and hand wraps to protect your wrists, but you’re welcome to do the Free Trial class before you decide whether you want to purchase a pair of gloves.

All the equipment you’ll need for both Brazilian Jiu Jitsu and Kickboxing is available for purchase at our academy.

Do I have to be in good physical shape before starting Brazilian Jiu Jitsu or Kickboxing?

Not at all! Getting in better shape is a motivation for many students who start Brazilian Jiu Jitsu or Kickboxing, and training at our academy will help you reach that goal. Each student trains according to their individual fitness level and limitations, so you shouldn’t worry about being forced through a grueling workout that will leave you completely exhausted or injured. New students are advised start out slowly, and then gradually increase the intensity as their body adapts to the training.

I am over 40, is it too late for me to start training?

Absolutely not! Jiu Jitsu is for everyone, it’s not unusual for students to start training Brazilian Jiu Jitsu or Kickboxing well into their 50’s and 60’s, and enjoy their training just as much as everyone else. The key is to find a balance where you challenge yourself and step out of your comfort zone during training, but maintain a level where you don’t get hurt or feel sore for days after each session.

Will I get injured during training?

While there is of course always a potential risk of injury for any sport or physical activity that a person engages in, we do our absolute best to provide the safest possible training environment for our students. Since Brazilian Jiu Jitsu is a grappling art and doesn’t involve striking, the risk of injury is dramatically minimized compared to many other martial arts such as Karate or Taekwondo, especially when it comes to head injuries. The most important thing is to train with people that you can trust, and that you know aren’t training to hurt you during training, which is something we have a big emphasis on teaching our students here at our academy.

Our Kickboxing classes are “non-contact”, meaning they don’t include sparring – so you don’t have to worry about getting punched or kicked, or showing up to work with a black eye! You’ll learn correct punching and kicking techniques and combinations, footwork, and how to block and avoid strikes. You’ll get a great work-out, burn calories and improve your cardio as well as your overall health.

Will I learn how to defend myself in a real-life situation?

Brazilian Jiu Jitsu is widely considered the world’s most effective martial art. Jiu Jitsu was brought to Brazil from Japan in the beginning of the 20th century, by a man by the name of Mitsuyo Maeda, who at the time was traveling around the world doing challenge matches against other martial artists. In Brazil, the art was further developed, through so-called ´´Vale Tudo” (“anything goes” in Portuguese) fights, where the practitioners of different martial arts would challenge each other to no-time limit fights, either in big arenas, or inside academies behind closed doors.

Eventually a sport was created, with the first official World Championships being held in 1996. Brazilian Jiu Jitsu is a grappling art, and strikes are not allowed during training or in competitions. But since the art was developed for self-defense and no-rules fighting, many of the concepts and principles behind the techniques and positions utilized in today’s Brazilian Jiu Jitsu, are based on what would work in a real-life situation.

Jiu Jitsu means “the gentle way” in Japanese, as the focus is on having maximum efficiency with minimal effort, rather than relying on physical attributes such as speed and strength. We use leverage, correct weight-distribution and positioning, to be able to control our opponent, and to finish them using joint-locks or strangulation techniques, without having to strike and cause unnecessary damage.

Because Brazilian Jiu Jitsu doesn’t include striking, we are able to train at a higher intensity compared to other martial arts where you can’t really go too hard because of the risk of concussions. That makes the training more realistic, as you will learn to perform the techniques against a resisting training partner, while learning how to control your breathing and use technique over strength to conserve your energy.

In our Kickboxing classes, though they do not include sparring, you will learn how to effectively strike and how to defend against strikes, which is a great complement to Brazilian Jiu Jitsu, and very useful in a self-defense situation.

Do you have classes for beginners?

As we are a still a new academy, the majority of our students are beginners. All of our classes are open for all levels, meaning that everyone can join them regardless of their skill level and experience. The class are structured in a way so that students who are brand-new to the sport, as well as more advanced students, will benefit from the training, and will be able to understand and executed the techniques taught during class.

We focus on teaching our students strong fundamentals, along with basic concepts that the students will be able to apply in many different situations. New students will receive extra attention during class to make sure that they have a good experience, and everything will be explained in detail, from the warm-up exercises, to the concepts behind the techniques being demonstrated.

New students will be gradually introduced to the art, and we advise them to wait with participating in the Live Training (our sparring which doesn’t include strikes), until they have a basic understand of the techniques and feel comfortable.

Will I have the opportunity to compete in Brazilian Jiu Jitsu?

Most people don’t start Brazilian Jiu Jitsu with the intention of competing. Competition is not expected, but students are encouraged to try it out at least once to get the experience and see if they like it. The great thing about Brazilian Jiu Jitsu tournaments, is that competitors are not only divided in weight and age categories, skill levels, according to each person’s belt rank. Competitors will therefore be matched up with people of similar size, age and experience, which makes the experience much better for everyone.

Competing is a great way of not only testing your skills and improving your Jiu jitsu, but also of improving your ability to keep calm and stay focused in stressful situations. You’ll learn how to control your breathing and to be able to think clearly with nerves and adrenaline, which is useful not only in a potential self-defense situation, but in many aspects of life, such as exams, job-interviews or other situations where we get nervous or anxious. The main goal of competition shouldn’t be on winning a certain title or tournament, but to work on yourself, both as a Jiu Jitsu practitioner, and as a human being.